The village of “Termal” .. the most prominent tourist attraction in the Yalova, Turkey 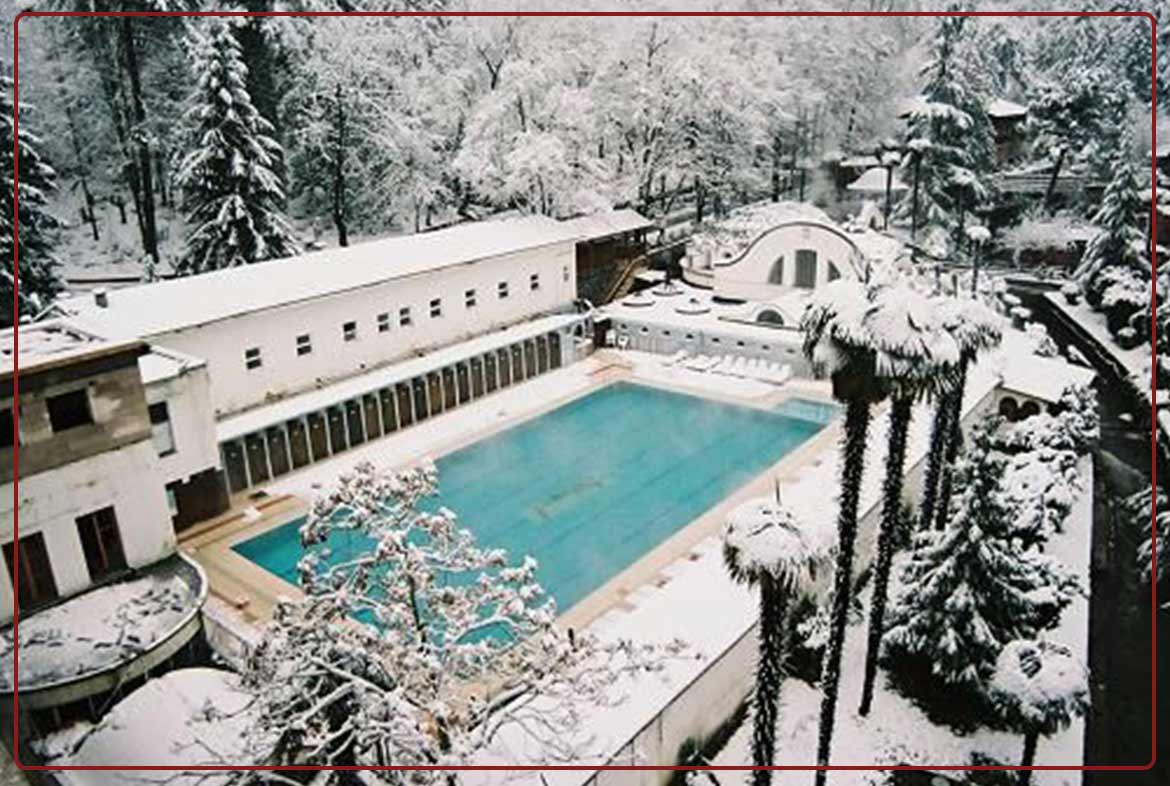 It is famous for its hot mineral springs, and it is described as one of the most prominent tourist places near the city of “Yalova” in northwestern Turkey, which is only about 15 minutes away. It is the village of “Termal”, a destination for tourism lovers in the arms of nature.

It was called the “Thermal Village” due to the availability of many baths and mineral springs that can be visited, the water of which is irrigated from the famous “Termal Hill” springs.

In this article, the “Omran Trk” company, headquartered in “Yalova”, provides a detailed overview of the “Termal Yalova” tourist village.

The most prominent feature of the village of “Termal Yalova”

“Termal” is one of the most famous and most important wonderful tourist places in “Yalova”, in addition to that, it contains a large number of hot springs whose temperature ranges between 55 and 65 degrees Celsius, which dates back to the ancient Roman era, and which is characterized by its therapeutic benefits for many diseases. Especially skin diseases.

It also contains 3 Hammams dating back to the Ottoman era:

– Hammam of the Ottoman Sultan Abdul Majid II Sultan Banyo: It contains rooms that have been allocated for the family, and each room of them includes a small bathtub, and it is one of the best bathrooms in the village of Termal.

The Sultan’s mother’s Hammam, Valide Banyo: which is divided into two parts, a general section for women only, and a public section for men. It contains an indoor swimming pool, a sauna, and a steam room.

Kurşunlu Banyo lead bath: which is characterized by its dome made of lead, which is mixed for women and men with a jacuzzi and sauna, and it has an outdoor swimming pool, and private family rooms.

” Yalova Termal” is characterized by the presence of an area for “breathing the vapors of mineral water” that is beneficial for the skin and the respiratory system. In addition to its beautiful nature and its mild climate, and its streets that contain many restaurants and cafes that offer hot and cold food and drinks between the picturesque nature.

Su dushan Waterfall near the city of “Yalova”: It is one of the most beautiful waterfalls in the region. It is characterized by its beautiful shape that attracts the attention of the majority of tourists and visitors. It is located in a mountainous area with a unique and cool nature, where wooden seats are spread around it and places where visitors can Hold barbecues on the premises.

• Inside the “Termal Yalova” tourist village, there are many resorts and chalets that tourists are advised to try at any time.

• One of the most prominent things that draw the attention of tourists is the prominent historical places and monuments.

Things to do in Termal Yalova

Tourists heading to the “Termal” village, and after visiting the waterfalls, baths and hot mineral springs, can practice a number of fun activities, most notably: Ice skating, as all tourists love to practice this special sport in the snow-covered village of Termal Yalova during the winter season, in a distinctive and impressive scene that its visitors will not forget.

And the Sea Corniche: It is considered one of the crowded places with visitors who love to watch the most beautiful natural places, and it is considered a suitable place for lovers of relaxation in front of the sea view.

Among the distinctive and popular activities for tourists and visitors to the “Termal” village, the Zip Line, and watching the various parts of the village and its nature, its history, and heritage attractions.

The tourist can also roam with his family or friends in all the streets of the city of “Termal” and get acquainted with the people of the region, their customs, traditions and heritage that they are distinguished by.

Among the recreational activities are hiking, in the nature and history of “Termal” village, and cycling and going on a hiking tour that all tourists love.

Also, everyone who visited Termal Yalova, advises their peers and other tourists to try the taste of authentic Ottoman coffee with hazelnuts in one of the cafes inside the village, which is characterized by its reasonable prices for all tourists.

The parks in “Termal” are a suitable place for lovers of barbecue meat on stoves inside nature, in addition to the aforementioned recreational activities.

The village of “Termal” is an ideal place for tourists, especially lovers of taking souvenir photos and obtaining a wonderful set of photos of this charming area, which is characterized by its strategic location near the city of “Yalova”, which in turn is considered one of the most important tourist areas in Turkey, as it is in the middle of three major cities In Turkey are: Istanbul, Bursa, and Izmit.

For all that has been mentioned, the important real estate projects of “Omran Trk” are among the most prominent projects that attract those wishing to invest their money in the real estate market in the city of “Yalova” in particular, and these projects are the “Al-Morouj” project and the “Cennet Yalova ” project.

It is worth noting that the city of “Yalova” is famous for its natural tourist places, including: the healing sulfur waters, the Çınarcik coast, exciting waterfalls, and Debs Lake, in addition to its unique view of the Marmara Sea, in addition to the presence of a number of luxury homes “villas” that are stationed on the coastal strip. for the city.

“Omran Trk” clarifies the mechanism and conditions for establishing a “company” in Turkey.

In 2022… “OmranTrk” is moving steadily towards more success in “Yalova”