The most prominent historical mosques in Yalova, Turkey 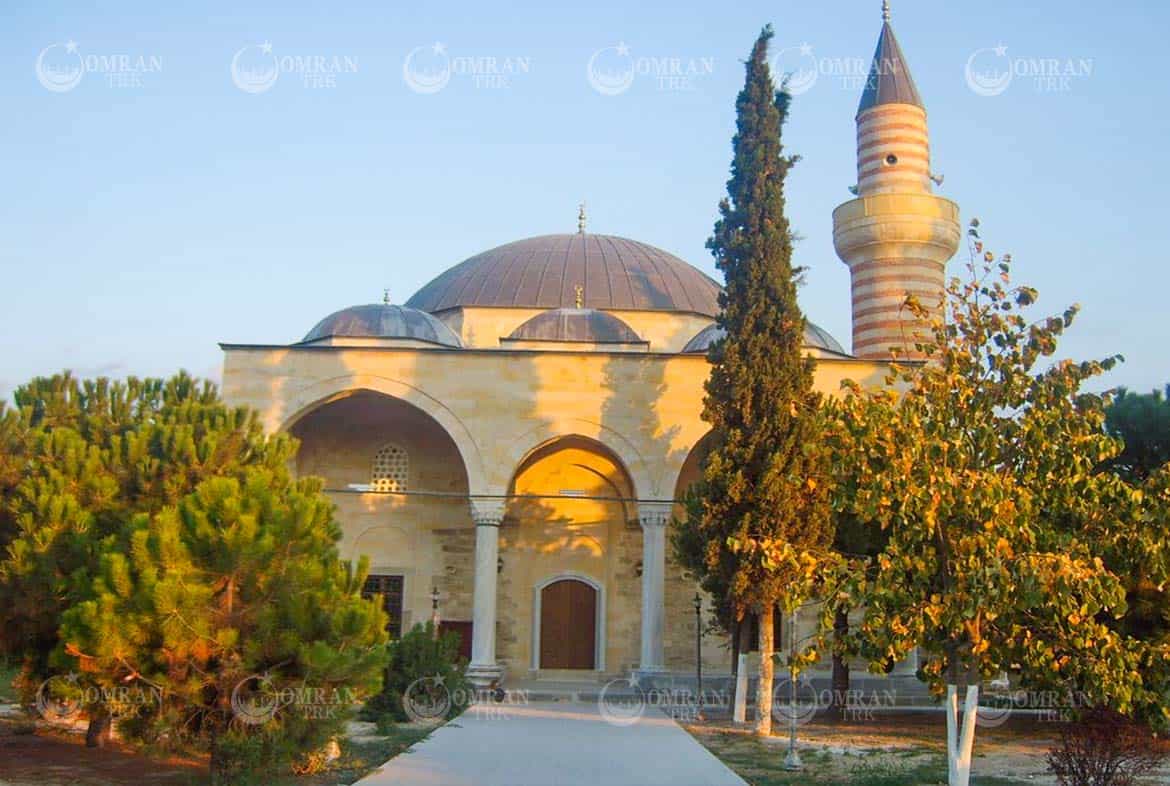 The historical mosques in the Turkish “Yalova” are an important destination for lovers of “religious tourism”, with the aim of learning about the mosques and their history.

Some of most well-known and the oldest mosques in Yalova.

It is located in the center of Yalova, and it is one of the architectural buildings in the Ottoman period, which was built by Mimar (ENG.) Sinan, by order of the Ottoman Pasha Rustam Pasha in the seventeenth century. The mosque was built in the form of a dome and a square, and the Supreme Council of Antiquities registered the mosque for the year 1973.

The Rustem Pasha Mosque, whose minaret was partially damaged in the Marmara earthquake on August 17, 1999, has been restored.

The mosque is mentioned as Rustem Pasha Mosque in many documents, according to a research done on September 26, 1879, the mosque is also known as Jarshi Mosque.

This mosque is considered the only design of the most famous architect in the Ottoman era, “Sinan”.

Hersekzadeh Mosque: The mosque was built about 400 years ago and was only slightly restored. It is surrounded by perennial trees that are no less than 300 years old.

It is located in the center of the city of Armutlu of the province Yalova, it is also known as Jarshi Mosque, and it is estimated that it was built during the period of the Ottoman Sultan Orhan Gazi. The mosque was built with a rectangular plan and a wooden roof, in general it was restored in the second half of Twentieth century.

One of the historical mosques located in the village of Güneyköy, 12 km from the road from Yalova to Bursa.

It is known that the mosque was built by Sultan Rashad. The mosque is located at the foot of the Samanli Mountains, built in 1913 according to historical sources.

The mosque, which is located 200 meters from the center of the village, was built with rubble and stones, and the mosque, which has undergone many maintenance and repairs to this day, still feels its old spirit, and recently the mosque was brought back to life with renovations and opened for worship.

Located in the center of Cinarcik, the mosque draws attention with its rectangular design, and according to the inscription written on it, the mosque was built in 1911, and it has two separate inscriptions, and it is considered one of the oldest mosques in the region.

In another inscription, it indicates that the mosque was built by the Grand Vizier Ibrahim Pasha in 1725, without a minaret in the first stage, and in 2000 a minaret was built in the mosque with the support of a volunteer citizen.

It is also called the Arab Mosque, and it is a distinctive mosque, located in the Arab neighborhood.

It is considered a milestone in Turkish-Arab communication and a common culture between Turks and Arabs.

There are many other mosques in Yalova, including:

Al-Fateh Mosque (It is considered one of the large and newly built mosques in Yalova, and is located on the road towards Çınarcık).

The Dome Mosque (whose restoration work began at the beginning of this year 2022, and which was built in 1960), in addition to about 170 other mosques in the city, according to Turkish sources.

It is located in the “Altinova” area of ​​Yalova, and is 110 years old, but in the year 2020 it was restored and opened for worship.

It is described as a mosque with an unusual architectural structure, and everyone who comes to Yalova must see it and of course pray in it.

Turkey is one of the richest countries with sacred and distinctive religious landmarks and places, and besides that, it embraces many remnants of the various civilizations that flocked to it since ancient times, such as the Greek, Roman, Seljuk and Ottoman civilizations, which in turn left many prestigious religious tourist places.

Turkey embraces dozens of cities that have different advantages that are valid for diverse tourism, including (religious tourism), and one of these cities is the city of “Yalova”, which has many special features that make it a favorite destination for Arab and Gulf tourists, and Kuwaitis in particular.

The city of Yalova is in the middle of 3 major cities in Turkey, namely Istanbul, Bursa, and Izmit, where its privileged location enables it to reach Istanbul within about one hour, whether by land or sea, as well as for the states of Ankara, Bursa and Izmit, where it takes a few hours to reach, What makes the settlement in Yalova comfortable and away from the crowds of major cities.

The tourism sector in Turkey is considered the “locomotive of economic sectors”, and it directly affects 54 different sectors, in addition to the financial returns and job opportunities it provides to citizens, in addition to giving Turkey/Turkiye its soft power around the world.

What is the right time to buy real estate in Turkey and “Yalova”?

A message from the Chairman 2023