Saudi Arabia discussed with Turkey several issues, on top of which are the facilities provided to the Turks for the Hajj and Umrah season for 2023, in conjunction with the announcement of the opening of the Turkish version of the official “Nesk” platform that Saudi Arabia established for Umrah visitors.

A few days ago, the Saudi Minister of Hajj and Umrah, Tawfiq bin Fawzan Al-Rabiah, made an official visit to Turkey.

The visit of the Saudi minister is the first of its kind as a minister of Hajj and Umrah, and it is an extension of the historical relations between the Kingdom of Saudi Arabia and the Republic of Turkey.

The visit aims to continue the efforts and joint endeavours between the two sides, and to increase cooperation opportunities, in light of the unlimited support of the two countries leadership, to achieve common visions and interests.

During the visit, the Turkish Head of Religious Affairs, Prof. Dr Ali ERBAŞ, and the Saudi Minister of Hajj and Umrah affairs discussed the Hajj and Umrah facilities for the next year, 2023, stressing the strategic cooperation between the two countries in all fields.

The two sides agreed to sign a protocol in the Saudi city of Jeddah next January, during which the numbers of Turkish pilgrims and other matters related to Hajj will become clear.

Recently, several indications have emerged that there will be a noticeable change in the tense relationship between Turkey and Saudi Arabia, which opened the door for those interested in this file to speculate about the possibility of rapprochement between the two countries and their return to what it was before the assassination of Saudi journalist Jamal Khashoggi in his country’s consulate in Istanbul.

The Saudi Minister of Hajj held a press conference with the head of religious affairs in Turkey, Professor Ali Erbaş, in Istanbul.

The Saudi Minister of Hajj confirmed that his visit to Turkey comes within the framework of discussing ways to facilitate the arrival of Turkish pilgrims and Umrah performers.

“Through our visit, we aim to enhance cooperation in various fields to serve the interests of the two countries,” Al-Rabeeah said.

The Saudi minister met with the Turkish Minister of Tourism and many Saudi and Turkish companies working in the field of Hajj and Umrah, as well as with the director of the Turkish General Directorate of Civil Aviation and several Turkish airlines, to discuss ways to facilitate the arrival of Turkish pilgrims and Umrah performers, according to the “Anatolia” agency and the website of the “Presidency of Religious Affairs in Turkey.” Turkey” online.

Al-Rabeeah expressed his happiness to inform the Turkish side of the procedures and steps they are working on to facilitate the arrival of Umrah pilgrims and visitors from Turkey.

He indicated that they would launch a Turkish version of the “Nesk platform” for Umrah services.

He added, explaining that he discussed with Prof. Dr Ali ERBAŞ the development of Hajj and Umrah services in light of the Kingdom’s government and people’s commitment to serving the Sacred House of God, in addition to shedding light on the developments taking place in the holy sites in their infrastructure and organization to provide the best facilities and the finest services for the guests of the Sacred House of God at home and abroad.

He pointed out that the Kingdom has worked on several projects that serve the guests of God, including the launch of the (Guests of God) program, which is one of ten programs within the Kingdom’s vision for the year 2030.

He stated that “the Haramain High-Speed ​​​​Rail project between Makkah and Madinah has been implemented at the cost of about 64 billion Saudi riyals, which shortens the distance between the two cities to two hours.”

He stated, “Historical sites have been opened in Madinah, and we will continue to work to open a group of historical sites in Makkah and Madinah, which number more than 100, to enrich the experience of visitors to Makkah and Madinah and to learn about the great history of the Two Holy Mosques and the journey of the Prophet Muhammad, may God bless him and grant him peace.”

And he indicated that “it has become possible for every visitor with any type of Umrah visa to roam anywhere in the Kingdom,” adding, “We have worked to extend the Umrah visa from 30 days to 90 days.”

Erbaş emphasized “the common and long history between the Turkish and Saudi peoples and the friendly relations that bind them,” noting that “cooperation between the two sides includes all fields.”

He stressed that “serving pilgrims is an important responsibility and honourable work, and Minister Al-Rabeeah performs this duty with great precision and determination.”

Erbaş expressed his great appreciation for the Hajj and Umrah services provided by the Saudi Ministry of Hajj, pointing to the great demand in Turkey for the performance of Hajj and Umrah and that they “are doing their best to make citizens perform their worship in the best way.”

In the context of efforts to facilitate the Turkish pilgrims, the Turkish version of the official “Nesk” platform established by Saudi Arabia for Umrah visitors was celebrated.

In his speech during the ceremony held in Istanbul, the Saudi minister said that the “Nesk” platform in Turkish is part of the ongoing efforts to facilitate the services provided to visitors to the Holy House of God.

He pointed out that “Nesk” platform was established in cooperation with various Saudi government institutions to facilitate visa and reservation procedures.

“Nisk” is an official platform that provides a wide range of services and information to pilgrims and visitors, enabling them to perform the rituals of Umrah easily, apply for an electronic visa, and book hotels and flights.

Recently, the Kingdom of Saudi Arabia announced a step that allows Turkish citizens to enter its territory by obtaining an electronic tourist visa (upon arrival) in line with the Tourism 2030 initiative.

And according to what the “OmranTrk” company, which is based in the city of “Yalova” in northwestern Turkey, has continued, Saudi Arabia has begun to grant Turkish citizens an electronic tourist visa (upon arrival) for residents or holders of visas from the United States, Britain or the European Union “Schengen” countries.

Turkish citizens, especially those who fulfil the conditions set out above, in addition to another condition, which is their possession of passports valid for at least six months, possession of health insurance and a hotel reservation to cover the period of stay in the Kingdom, can obtain the electronic visa through the link here.

Last August, Turkey’s ambassador to the Kingdom of Saudi Arabia, Fatih Ulusoy, said, “The strong relations between Ankara and Riyadh have greatly contributed to the stability of the region and ensuring its security and stability,” noting that “the future of relations between the two countries is very bright,” according to the Anadolu Agency and Turkish News.

On the other hand, expectations from sources interested in the real estate sector indicate that this sector will witness a remarkable recovery with the imminent return of water to normal between Riyadh and Ankara, and it is expected that the proportion of Saudis buying real estate in Turkey will increase. 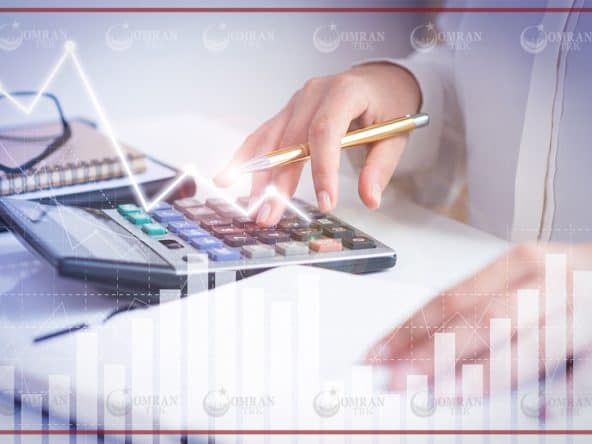 According to several economists, Turkey's real estate market will benefit from the country's...
Continue reading
by marketing