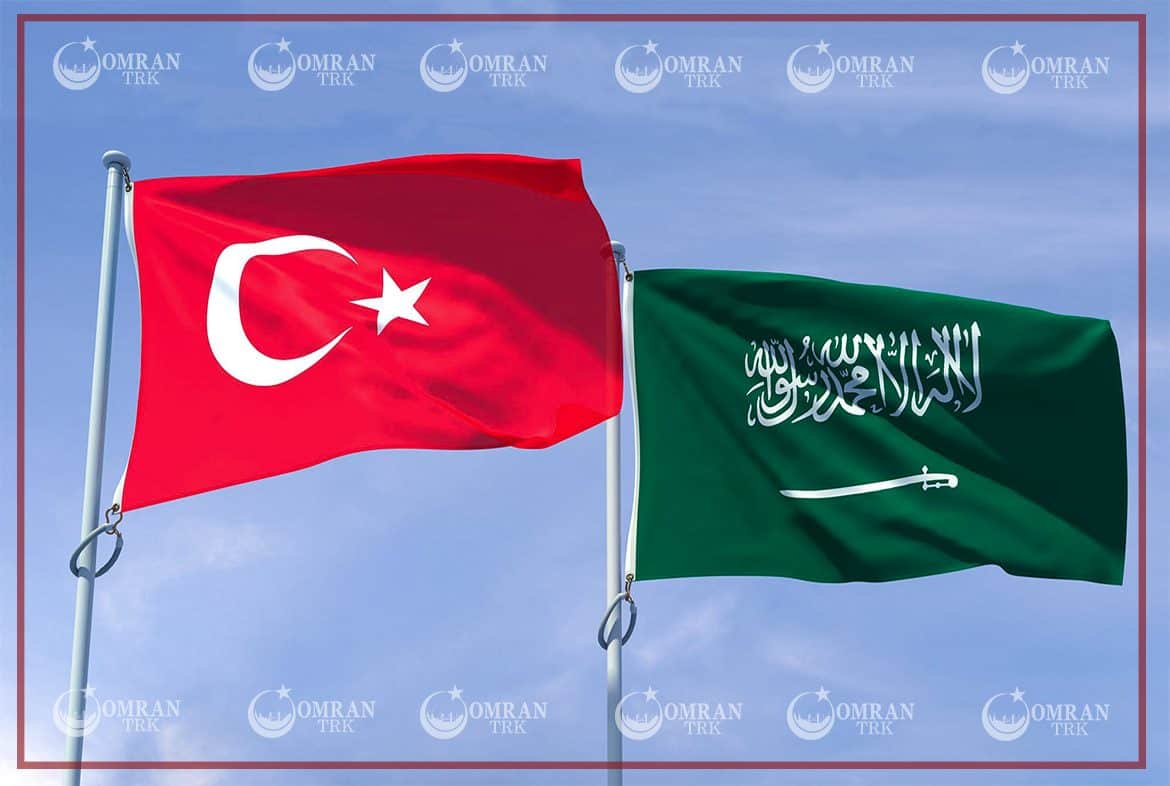 The Kingdom of Saudi Arabia announced that Turkish citizens are allowed to enter the country by obtaining an electronic tourist visa (on arrival), in line with the 2030 Tourism initiative.

According to what OmranTrk company, headquartered in Yalova, northwestern Turkiye has followed, that’s Saudi Arabia has begun granting Turkish citizens an electronic tourist visa (on arrival), for residents or visa holders of the United States, Britain, or the European Union “Schengen” countries.

Turkish citizens, especially those who meet the conditions above with the addition of a few others, like the possession of a passport valid for at least 6 months, possession of health insurance, and making a hotel reservation to cover the period of stay in the Kingdom, can obtain an electronic visa through the link here.

It is noteworthy that Turkish-Saudi relations are witnessing a new phase that casts a positive shadow on the two countries, especially after the visit of Saudi Crown Prince Mohammed bin Salman to the Turkish capital, Ankara, last June, during which he met with Turkish President Recep Tayyip Erdogan.

Last August, Turkey’s ambassador to Saudi Arabia, Fatih Ulusoy, said that “the strong relations between Ankara and Riyadh have greatly contributed to the stability of the region and ensuring its security and stability,” noting that “the future of relations between the two countries is very bright,” according to the Anadolu Agency.

Ulusoy stressed that he has full confidence “that Turkiyewill once again become, in a short time, the first tourism center for the Kingdom of Saudi Arabia.”

“I would like to take this opportunity to point out that the Turkish people look forward to welcoming the Saudi brothers with love to Turkey,” he added.

It is worth noting that all airlines, especially the national airlines of the two countries, Turkiyeand Saudi Arabia, aim to increase the number of flights exchanged between them, according to official Turkish sources.

The same sources also confirm that Turkish Airlines organizes a total of 80 weekly flights to the cities of Jeddah, Riyadh, and Dammam in Saudi Arabia.

In the same context, the Saudi Ministry of Tourism announced that those who obtained a residence visa in one of the Gulf Cooperation Council countries could enter Saudi Arabia with an electronic tourist visa, provided that the residence permit is valid for not less than 3 months.

The new amendments include first-degree relatives of the residence visa holder, and domestic workers coming with their sponsors.

The new regulation also granted an exception to holders of a valid tourist or commercial visa from the United States of America, the United Kingdom, or one of the countries of the “Schengen Agreement”, provided that it has been used at least once to enter the country granting the visa.

According to the Saudi Ministry of Tourism, these amendments included expanding the eligible categories, and providing more options for those wishing to visit the Kingdom for tourism.

The Saudi Ministry of Tourism invited those wishing to obtain more details about the amended tourist visa regulation, and to know the list of countries whose nationalities can apply for a visa; To visit the online platform https://www.my.gov.sa.

On the other hand, expectations by sources interested in the real estate sector indicate that this sector will witness a remarkable recovery with the imminent return of the relations between Riyadh and Ankara, expecting an increase in the percentage of Saudis buying real estate in Turkey.

Looking back a little, we find that Saudi Arabia was in the list of the top 20 nationalities around the world buying residential real estate in Turkey, along with 7 Arab countries that purchased 13.26 thousand properties in 2020, namely: Iraq, Yemen, Jordan, Kuwait, Palestine, Egypt, and Lebanon.

During this period, the Saudis owned 679 properties in Turkey, which confirms that Turkiyeis an essential destination for Saudis and other nationalities.

In 2017, the Saudis occupied the list of the highest percentage of real estate purchases, along with Iraq in Turkey, with a number of 3,345 homes in that period, according to data from the Turkish Statistical Authority.

And from that time, Yalova was and still is one of the favorite cities for foreigners to own real estate in, as foreigners, including Saudis, bought 2017, thousand and 79 homes, according to the Turkish Statistical Authority.

What is the impact of the energy crisis on Turkey?